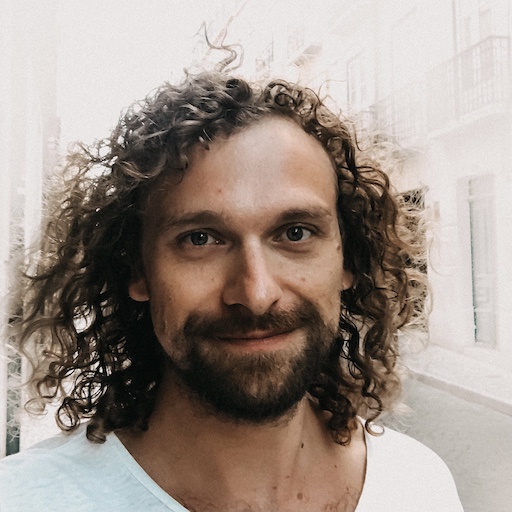 This makes it ideal for integration into other tools like Git clients. I prefer SourceTree, but that’s just a matter of taste and probably just a matter of getting used to it over the years.

So integrating Android Studio with SourceTree as a diff and merge tool only requires the studio launcher script.

In Android Studio open menu Tools > Create Command Line Launcher… and confirm the installation to the default location with OK.

This creates a script named studio in /usr/local/bin which should by default be in the PATH variable. So you can use it from any path in your terminal.

Note: If you have multiple Android Studio versions installed, keep in mind that the script will reference the instance you created the script from.
So, if you want to change Android Studio to a different location, you may need to recreate the script, which replaces the existing script with the new one.

So for example you can compare two files by

Integration with SauceTree is now simply setting the External Visual Diff Tool to Custom… and Diff Command to /usr/local/bin/studio. The Arguments must be set to

The same applies to the Merge Tool, but with the Arguments: 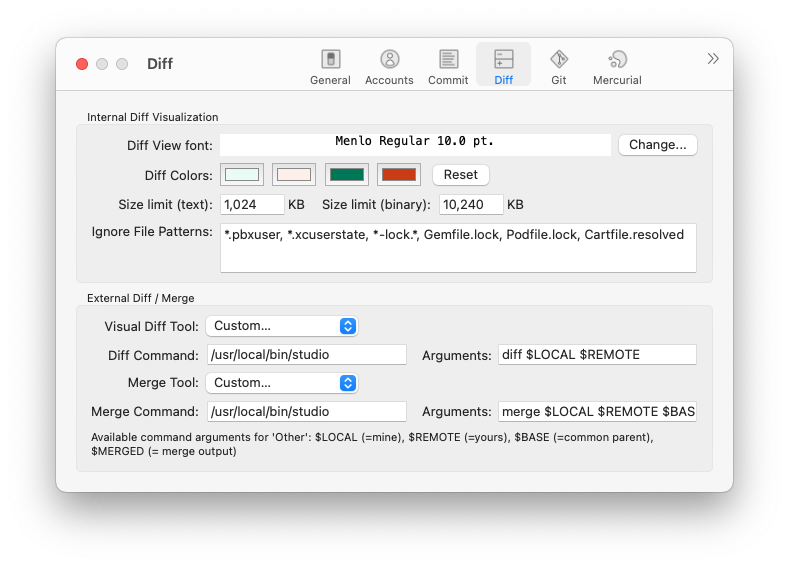 Now select a modified file in SauceTree and apply External Diff to it. Android Studio opens a extra diff window like this:

Also in case of a merge conflict, you can use Resolve Conflicts > Start External Merge Tool to bring up a merge window where you can systematically resolve the conflictl.

Info: If you have configured SauceTree you should not modify the name behind difftool and mergetool - SourceTree will lose it’s connection and will create new entries in the file.
If you have not and do not want to, you can copy the snippet and replace the name “saucetree” with any other.

Add the following line to use the difftool configuration from above also for the command line.

Now you can compare the changes of the modified file foo.txt with

If you want to skip the Launch 'sourcetree' [Y/n]? every time you use git difftool add this lines to your .gitconfig

For the configuration as merge tool add the following lines

You can find more configurations in the Git community documentation.

Info: You might run into the same question I did,
what is the difference between git diff is different to git difftool?

This answer to that question on Stack Overflow brings it to the point:

git difftool will use an external tool, while git diff will show the diff directly in the terminal.

There are also ways to set a GUI diff tool for git diff. But you might need a terminal diff at some point, so I would keep that for this purpose.

Android (Studio) and the terminal

Sooner or later you will get to the point where you need to use Android tools via the terminal.